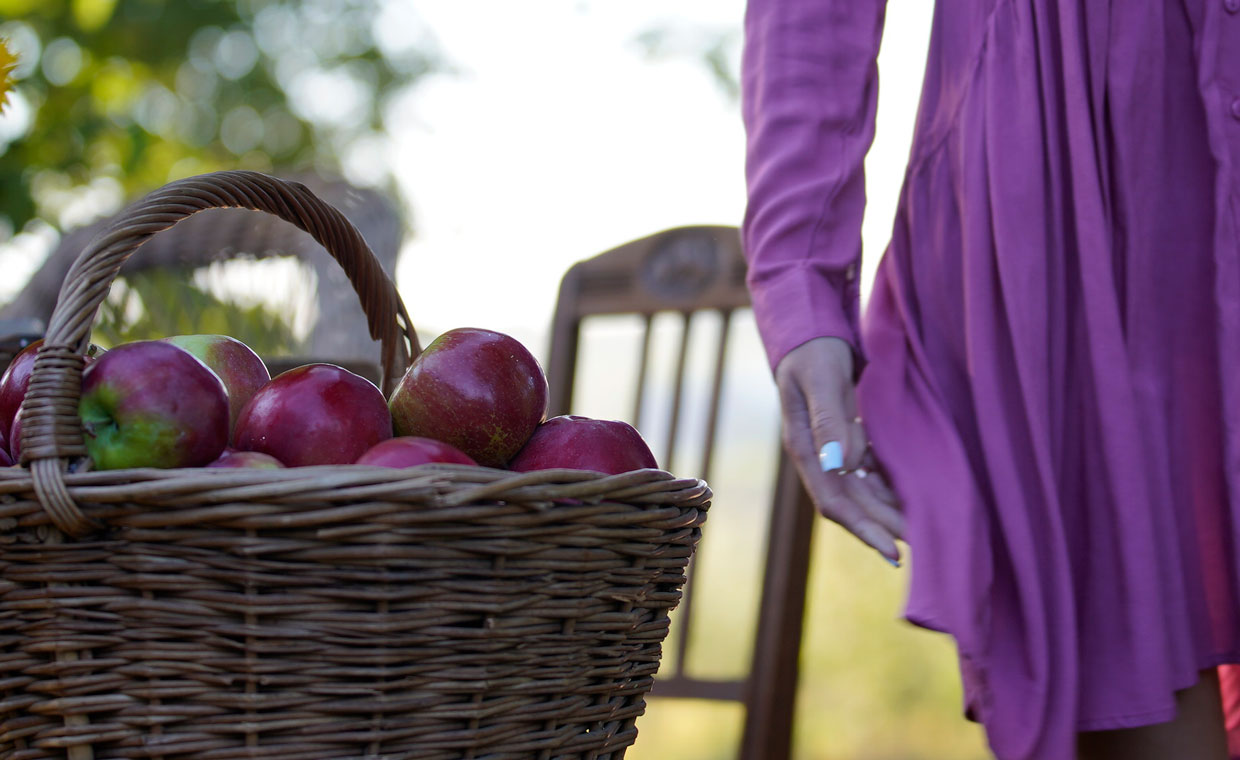 27 Aug The apple in legends, myths, fairy tales and fables

In Greek mythology a tree covered with golden apples was a symbol of fertility and immortality.
When the world was ruled by emperors, kings, and tzars, a golden apple constituted a royal insignia symbolising power over the entire world. The ruler would hold it in his right hand, close to their heart.
Apples were also used to determine whether one should be lucky in love. In Poland a particular fortune telling connected with apples and love was popular on St Catherine and St Andrew’s night – one had to peel an apple so that to obtain the longest apple peel possible. It was then thrown down and the letter of the alphabet it would resemble was to be the first letter of the name of the future spouse.
In the Christian tradition an apple is a symbol of sin – the fruit picked against the will of the Creator in the garden of Eden by Eve. It is interesting to note that the Bible does not talk about an apple. It uses the word ‘fruit of the tree of knowledge of good and evil’. The fruit started to be depicted in the form of an apple in medieval and renaissance paintings, probably in connection with the pagan fertility rituals that were strongly connected with apples.
In Latin, the word ‘apple’ is easily confused with the word ‘evil’, completely in contrary to the nature of this wonderful fruit.
Hedgehogs do not carry apples on their backs, as it is commonly depicted. It is an old myth and the motif of a hedgehog carrying an apple dates as far back as ancient times. You can also come across it in medieval sources.
If it wasn’t for an apple falling on Newton’s head he’d never have come up with the theory of gravity. Of course we are talking about a legend. It is possible, however, that observation of apples falling off the trees inspired the scientist to begin his research.
An apple is also known as a source of conflict. Just like the one inscribed with „to the fairest of them all” which was thrown by the goddess Eris on Thetis’s wedding reception in front of Hera, Aphrodite, and Athena. The incident went as far as being referred to the Olympus with the intervention of Zeus proving indispensable. The entire commotion around ‘the apple of discord’ lead to the Trojan war.